Today’s generation has paved the way for a faster phase of living, especially when it comes to communication. Different gadgets and devices have provided many new ways to reach people across the globe. What’s more, the rise of social media platforms has expanded opportunities to meet new people, strengthen existing relationships, and look for partners that can stay in our lives forever.

While these different ways to find your destiny, most of the people forget the traditional ways of finding friendships and relationships. The concept of courtship was replaced by more casual conversations that lead to relationships. Love letters gave way to lengthy chats and other online ways of sending messages to that special someone, and the old school dating was swapped into video chats and instant dating strategies.

People who get used to the customary ways of communicating with the opposite gender think that old-school dating and communication are far from dead and gone. For them, nothing beats the love letters and greeting cards, especially for special occasions.

This article, however, does not intend to protest on the modern ways of romantic expression. Rather, it emphasizes the ideas of love letters and old-fashioned dating styles, and to bring the love and affection this generation wants and needs.

Why Old School never Gets out of Style

most people date with a common goal in mind: to find a serious commitment to someone they love and adore. And there is always something in old school dating that can build a stronger foundation between two people.

The whole process of courtship and dating gives you a glimpse of what you want in the relationship. Allowing yourself to experience both the good and bad situations in the process makes you better not only in pursuing the relationship but in understanding yourself as well.

As mentioned, the usual ways of dating are replaced by instant dates that lead to instant relationships. Simple gestures like being a gentleman to a woman, and acting the proper way a woman should act in front of a man, are becoming rarer and rarer, and part of that is because of technology’s influence.

Moreover, old-fashioned dating lets a man be a man and a woman be a woman.

Old-Fashioned Dating is an Opportunity to focus on the details

Aside from the fact that people nowadays prefer faster-paced relationships, many do not like the idea of the old-fashioned dating set-up because they do not want to make an effort.

Old ways of dating do not need an audience, which lessens the pressures of the courtship stage. A relationship, after all, only needs two sincere people and their commitment. 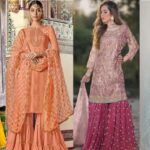